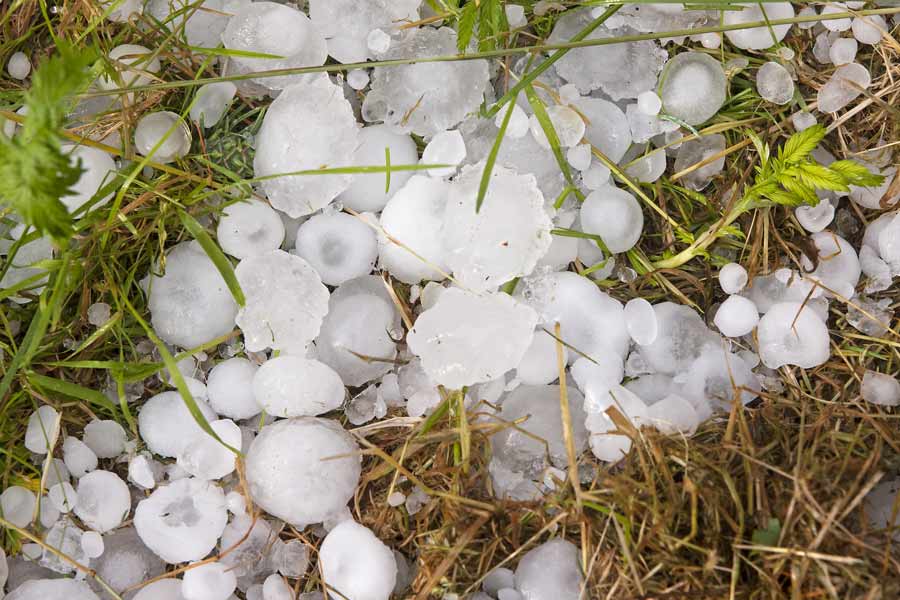 Revelation is a warning from Jesus about the false teaching of Islam.  The story of Jesus as just a prophet in Islam is not true.

Some Bible experts think this prophecy was fulfilled during the destruction of Jerusalem in 70 A.D.  Romans used catapults to hurl large stones at the Jewish rebellion. Indeed Josephus seems to describe large white stones being “thrown from heaven.”  Josephus–The Essential Writings p.328-332

“Now the stones that were cast were of the weight of a talent (75-85 pounds), and were carried two furlongs and further. The blow they gave was no way to be sustained, not only by those that stood first in the way, but by those that were beyond them for a great space.”

“As for the Jews, they at first watched the coming of the stone, for it was of a white color, and could therefore not only be perceived by the great noise it made, but could be seen also before it came by its brightness; accordingly the watchmen that sat upon the towers gave them notice when the engine was let go, and the stone came from it, and cried out aloud, in their own country language, the stone cometh so those that were in its way stood off, and threw themselves down upon the ground; by which means, and by their thus guarding themselves, the stone fell down and did them no harm.”

“The missiles shot by the catapults, stone-throwers, and ‘quick-firers’ flew all over the temple, killing priests and worshipers at the very altar itself.”

Understanding the Hail of Revelation

19 Then God’s temple in heaven was opened, and within his temple was seen the ark of his covenant. And there came flashes of lightning, rumblings, peals of thunder, an earthquake and a severe hailstorm.

17 The seventh angel poured out his bowl into the air, and out of the temple came a loud voice from the throne, saying, “It is done!” 18 Then there came flashes of lightning, rumblings, peals of thunder and a severe earthquake. No earthquake like it has ever occurred since mankind has been on earth, so tremendous was the quake.

19 The great city split into three parts, and the cities of the nations collapsed. God remembered Babylon the Great and gave her the cup filled with the wine of the fury of his wrath. 20 Every island fled away and the mountains could not be found.

21 From the sky huge hailstones, each weighing about a hundred pounds, fell on people. And they cursed God on account of the plague of hail, because the plague was so terrible.

Others have interpreted the hail as a literal hailstorm, and certainly God could produce physical icy hail mixed with fire and blood, or physical hail weighing 100 pounds.  But the more likely explanation is that the hail represents angels, both fallen satanic angels and good and more powerful heavenly angels aligned with Christ.

The first hail in Revelation 8, mixed with fire and blood, represents the fallen satanic angels thrown down to earth as Satan (the blazing mountain, falling blazing star) fell to earth and convinced Mohammad in 610 that Jesus Christ was not the Messiah.

The Allah worshiped as a God in Islam is the beast of Revelation–Baal released from the Abyss.

The larger and more powerful hailstones that weigh 100 pounds in Revelation 16 occurs at the very end of the third and final woe. This occurs as the seventh and final bowel of wrath is poured out on the earth, and is at the same time of Christ returns to stop the 10 nation Islamic invasion of Israel and Jerusalem led by the Babylon-Persian kingdom.

Revelation 16:17  The seventh angel poured out his bowl into the air, and out of the temple came a loud voice from the throne, saying, “It is done!”

The voice from the temple says: “It is done!”  Christ returns.  This larger and more powerful hail falls on the non-believers left on earth, and the hail represents the good and more powerful angels of Christ.  These legions of angels accompany Christ as he returns to Jerusalem through the Eastern Gate.

This final Islamic invasion will only occur after the Jewish remnant returns to Israel in 1948, and they have prospered, and live in peace.  Persia will lead this invasion, along with other Islamic countries such as Put, which is Libya today, and Cush which is the Arabian peninsula today. The Islamic Man of Lawlessness will lead this invasion.  “Gog” the chief prince of Meshek and Tubal is the Islamic Man of Lawlessness, and the “northern nations” include Turkey, Iraq and Syria.  Beth Togarmah is in modern Turkey today.

Lesson 5: Revelation 11 and The Two Witnesses and Operation Ezra & Nehemiah