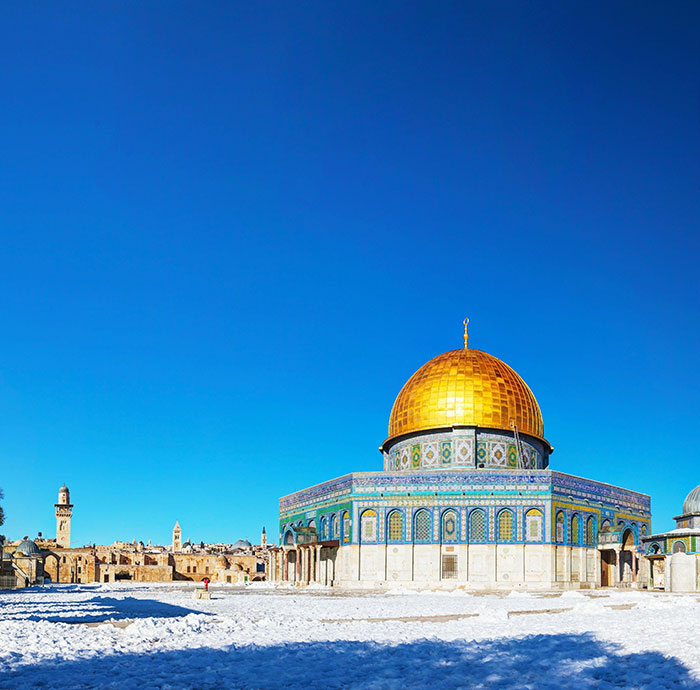 Do Muslims and Christians Worship the Same God?

Both Muslims and Christians are seriously seeking to worship and serve God. Yet there is a lot of misunderstanding about Islam versus Christianity. The fact will always remain that there is only One true God. Because of vastly different scriptures regarding Jesus, Muslims and Christians cannot both worship the true God. Muslim scriptures say Jesus is just a prophet, while Christians know Jesus is the Son of God. Which group is correct? You can know the difference between Allah (the false god of Islam) and Jesus (the true God of the Bible) by asking three personal questions:

The One True God Loves Each and Every One of Us!

Only the true God loves you. One verse in the Qur’an gives a clear understanding whether Allah really loves mankind or not. Allah says mankind and angels were created only to worship him. Qur’an 51:56 “I have created angels [jinn] and human beings only that they might worship Me.”

On the other hand, Jesus, the true God of the Bible, loves all people in John 3:16-17 “For God so loved the world that he gave his one and only Son, that whoever believes in him shall not perish but have eternal life. For God did not send his Son into the world to condemn the world, but to save the world through him.” Jesus proved this at the cross in Romans 5:8 “But God demonstrates his own love for us in this: While we were still sinners, Christ died for us.” The Apostle John in 1 John 4:10 wrote, “This is love: not that we loved God, but that he loved us and sent his Son as an atoning sacrifice for our sins.” In Islam it is not possible to know God, nor to have a relationship with God. Regarding Islam vs Christianity, the Islam believers are subject to an overseer, like that of slaves. As for Christianity, we all know about the free gift of salvation, which is what really matters…and we owe it all to Jesus our Lord and Savior.

Many people incorrectly believe the Bible and Qur’an are similar in the sense they both let you know God. This is not true. The Bible is the “Word of God” and allows you to know God. The God of the Qur’an does not allow you to know him. In true Islam Allah is unknowable. In fact, it is heresy in Islam to claim to be able to understand and know Allah. In Islam, such people are called “Sufis” and are often branded as heretics.

The Qur’an teaches that Allah did not, would not, and will not die for you, nor would he send any “helper” to die in your place. We see this in Qur’an 4:52 “Those are they whom Allah has cursed, and he whom Allah has cursed, thou, O Mohammad, will find for him no helper.” And we see the same in Qur’an 3:152 “Our Lord, indeed whoever You admit to the Fire – You have disgraced him, and for the wrongdoers there are no helpers.” 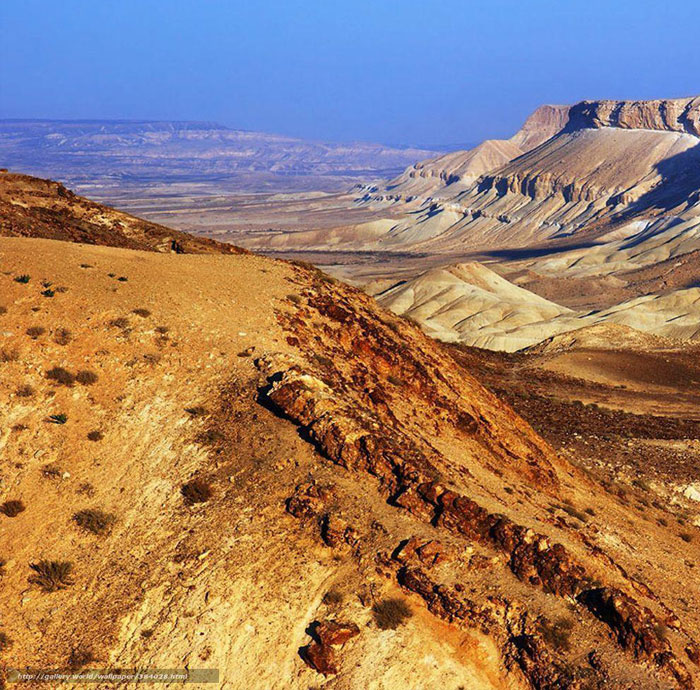 Comparing the Bible versus the Qur’an

Many Muslims want to know about Jesus. There is a lot of interest to learn more of the facts of Islam vs Christianity. But the Qur’an falsely tells them Jesus is just a prophet, and that the original Bible text has been “changed.” When speaking to a Muslim friend about Christ and salvation, one of their first objections is to claim the Holy Bible was changed. They falsely believe that the New Testament is textually altered and “corrupted” to change Jesus the prophet into the Son of God. This gives Muslims a reason to not listen to the truth of God’s salvation and forgiveness through the sacrifice of Jesus Christ. But this is not true. You can trust the Bible.

Understanding The Bible and Qur’an

Their actual evidence for this physical corruption does not exist, yet we must be prepared to explain to them in a friendly way that their idea the Bible being “corrupted” is not true. Islam vs Christianity can sometimes be a very touchy subject.

Proof the Bible Is True

Was Jesus crucified and resurrected? The Qur’an says no, the Bible says yes.

And for their saying, “Indeed, we have killed the Messiah, Jesus, the son of Mary, the messenger of Allah.” And they did not kill him, nor did they crucify him; but another was made to resemble him to them. And indeed, those who differ over it are in doubt about it. They have no knowledge of it except the following of assumption. And they did not kill him, for certain.

When they had crucified him, they divided up his clothes by casting lots. And sitting down, they kept watch over him there. Above his head they placed the written charge against him: THIS IS JESUS THE KING OF THE JEWS.

The angel said to the women, “Do not be afraid, for I know that you are looking for Jesus, who was crucified. He is not here; he has risen, just as he said. Come and see the place where he lay.”

Islam Was Foreseen by Jesus

Islam is no accident, the Prophet Mohammad was foreseen by Jesus in detailed prophecy. Jesus warned us about this because Islam is the complete opposition to the Redemptive Plan of God. Muslims are taught to reject the cross – so the battle of Islam vs Christianity needlessly goes on… If they only knew the truth!

But, they reject the cross for three reasons (False Beliefs): 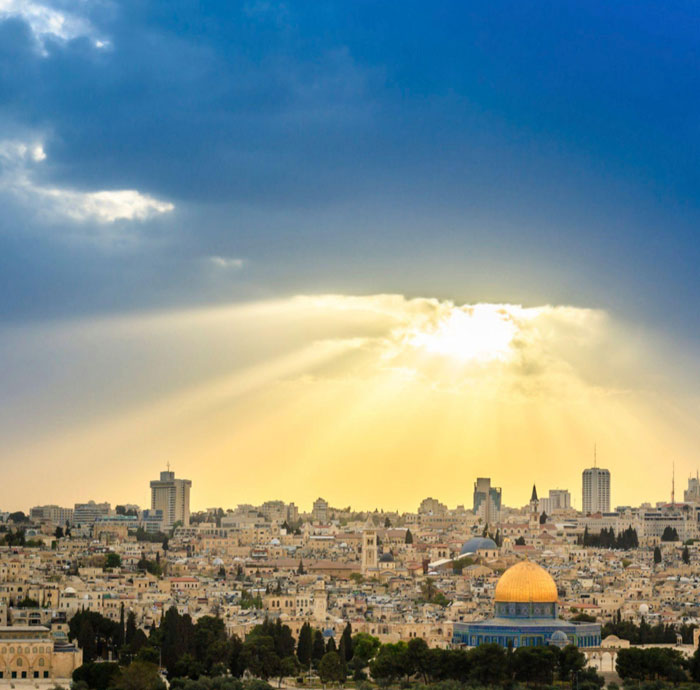 We Believers know the truth… the Cross is the Difference! The Book of Revelation Is a Warning from Jesus about Islam

In the Book of Revelation, Jesus warned about a coming False Prophet and a demonic spirit “beast” that would later emerge out of the “Abyss”, also called “Sheol”, where fallen angels and souls are kept until the day of judgment. This beast that seems to overcome a fatal wound is Baal. Jesus warned that many people (one third of the world) would be spiritually killed by the false doctrine, a false Gospel, coming out of their mouths. In fact, today one third of the world has been spiritually destroyed by Islamic false teaching that Jesus is just a “messenger.”

The Four Horsemen (Revelation chapter 6) are the first four Islamic leaders, Mohammad, Abu-Bakr, Umar, Uthman. These four leaders traveled on horses–just as the Bible says! They had authority over one quarter of the world with the Umayyad Caliphate. (Revelation 6:1-8). After Uthman the terrible thing (“Death and Hades”) that happened was the Shia-Sunni split. Shia and Sunni Muslims have been fighting for 1,400 years

Islam Leads to Spiritual Death 100% of the Time

Muslims have been told that Jesus did not die on a cross. They believe He did not rise from the dead or atone for human sin, and that people should not worship Him as God. When you take away these truths of Jesus—you take away His salvation for you. The Bible makes clear anyone who says the Shahada (the mark of the beast) or prays towards the Kaaba (the image of the beast) will not enter heaven. Islam versus Christianity…what a concept!

And the smoke of their torment will rise for ever and ever. There will be no rest day or night for those who worship the beast and its image, or for anyone who receives the mark of its name. This calls for patient endurance on the part of the people of God who keep his commands and remain faithful to Jesus.
Revelation 14: 11-12 (NIV)

Jesus Is the Only Path to Heaven

Good News—Jesus loves all of us! There is no path to heaven except through the atoning sacrifice of Jesus. Jesus died on the cross and rose to life on the third day. He will return soon on the Day of the Lord.

The truth is Jesus the Son of God, died for you and rose to life. This Jesus is the only path to God. Following any other path will result in being cast away from God on the coming Day of Judgment.

Those who rejected Him will weep and mourn. Do not let that be you! There is a short time left to accept the Gospel of Jesus, repent, confess His name, and be baptized.