Revelation Two Witnesses Prophecy was fulfilled with Operation Ezra and Nehemiah.  Operation Ezra Nehemiah saved one million Jews that were trapped in Islamic countries after Israel was reborn in 1948. 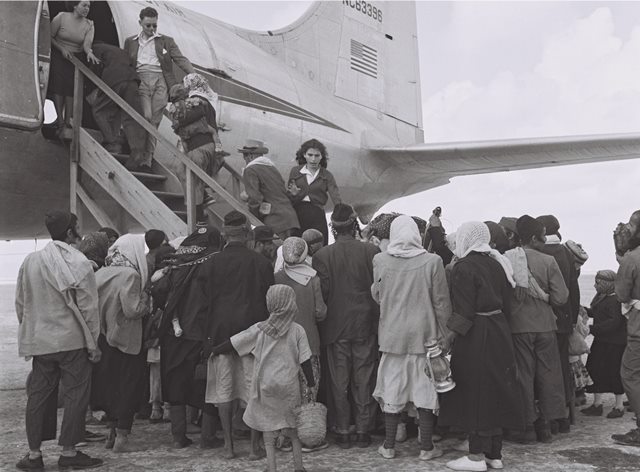 The restoration of the State of Israel in May, 1948 immediately placed all Jews in Islamic countries at great risk. During the next three years and one half years over one million Jews were trapped. Their property was stolen from them by many Islamic governments.

In a fantastic series of miracles most of the Jews were able to “rise up to their feet” and leave the Islamic countries despite overwhelming odds. This explains the two witnesses in Revelation that appeared dead for 3 1/2 days.

Ezekiel 37 tells of God’s promise to restore Jews back to Israel in the latter days. This video explains Revelation 11 prophecies and the miracles of saving nearly 1 million Jews from Islamic countries after the 1948 War of independence for Israel. The Bible clearly foretold Operation Ezra & Nehemiah and Magic Carpet.

Who Are the Two Witnesses of Revelation 11?

Revelation 11 describes the Two Witnesses: 1) killed, 2) given breath by God, 3) coming alive, 4) rising to their feet, and 5) being taken up to Heaven in the clouds after three and one half days (symbolic days, or literal years). This occurs in the spiritual realm (Michael and Gabriel killed by the beast) and the physical realm with Israel trapped in Muslim lands.

Ezekiel 37 describes the Jews trapped in enemy (Islamic) countries as being 1) slain, 2) given breath by God, 3) coming alive, 4) rising to their feet, and 5) taken from their graves to Israel as God opened the graves. Ezekiel describes their number as a vast army.

Three Bible texts describe the same miraculous events. Revelation 11, Ezekiel 37 and Daniel 12:2 (” Multitudes who sleep in the dust of the earth will awake: some to everlasting life, others to shame and everlasting contempt.”)