What Does the Referendum in Turkey Have to Do with Ezekiel’s War?

It is no coincidence that on Easter Sunday April 16, 2017, Turks will head to the ballot box in a major referendum on replacing the current parliamentary system with an executive presidency.  They are 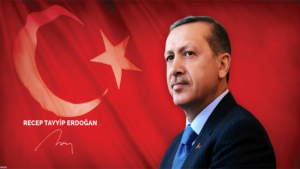 creating Gog.  Turks are voting to end democracy and put in place an Islamic dictator.  When in history has a democracy ever voted to end itself?  But it is part of God’s plan toward Ezekiel’s war which will be led by Gog.  The walking pace has become a running pace now.  When the Turks pass this referendum, Erdogan will have as much absolute power as Adolph Hitler held in the time period just before World War II started.

Actions of the United States facilitated the rise of Gog.  In recent years United States removed secular dictators in Islamic countries under the “War or Terror” strategy.  There was no plan on what to do next.  The strongmen were quickly replaced with Islamic Chaos.  We removed Saddam Hussein from Iraq, Muammar Gaddafi from Libya, and Hosni Mubarak from Egypt.  Just two weeks ago U.S. Secretary of State Tillerson said the fate of Syrian president Bashar Hafez al-Assad “was up to the Syrian people.”  Now this week the Trump administration announced removing Assad is the “top priority.”

Out of this Islamic Chaos will come a strongman that can unite all the Islamic factions–this is Gog.  Ezekiel’s war will also move faster towards reality when America moves it embassy in Israel to Jerusalem.

The best way to understand someone’s intentions is to study their quotes.  In 1998 Erdogan was convicted for inciting religious hatred and spent 4 months in prison in Turkey–which at that time was a secular state.  Erdogan read a well known poem in a national speech in which he had changed the words to the following:

“The mosques are our barracks, the domes our helmets, the minarets our bayonets and the faithful our soldiers…”

In 1999 Erdogan said: “Democracy” he said, “is like a bus, when you arrive at your destination, you step off.” 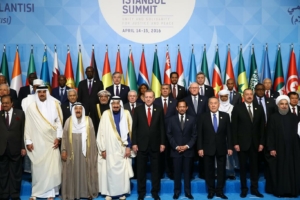 What does Erdogan want?  He wants to lead the restored Islamic Ottoman Empire.  Erdogan has said many times his vision is for this to happen no later than 2023 (the 100th anniversary of the Turkish Republic).  Turkey will become as powerful and influential as the Ottoman Empire was during its heyday.

During the 16th and 17th centuries, at the height of its power under the reign of Suleiman the Magnificent, the Ottoman Empire was a multinational, multilingual empire controlling much of Southeast Europe, parts of Central Europe, Western Asia, the Caucasus, North Africa, and the Horn of Africa.  At the beginning of the 17th century the empire contained 32 provinces and numerous vassal states. Some of these were later absorbed into the Ottoman Empire, while others were granted various types of autonomy during the course of centuries. This geographic area would easily include nearly all of the countries listed in Ezekiel’s war, other than Persia.

Gog is most likely from Turkey.  Many parts of this prophecy are being fulfilled today.  The 2003 U.S. war in Iraq, the 2015 Iran Nuclear deal, and 2016 sudden change in Turkey from a democracy to Islamic republic in one day are all part of this coming war.  With Syrian president Bashar Hafez al-Assad and Saddam Hussein out of the way Turkey can take control of major parts of Iraq and Syria.  It will share this land with Persia.  This is Daniel’s divided kingdom. The Bible tells us a Babylon-Persian Islamic 10 nation confederacy will invade and attempt to destroy Israel in the end times.  Babylon is Iraq and Syria, and Persia is Iran.  Turkey is also involved in this invasion. God tells us about this future invasion of Israel in Ezekiel chapters 38 and 39.

Here is a video: Ezekiel’s War: The Islamic Invasion of Israel and Death of Gog.

During the reign of Erdoğan the Presidency of Religious Affairs (Diyanet) in Turkey have been expanding and is funding the building of mosques in the US, Russia, Great Britain and Sweden. Diyanet is also offering scholarships for students and is working on promoting mainstream Hanafi Sunni Islam; “a conservative lifestyle at home” and projecting “Turkish Islam abroad“.

In October 2016, a Christian pastor and his wife were taken into custody for constituting a “national security risk”. Andrew and Norine Brunson had been living in Izmir (Smyrna) over twenty years. The small Protestant church, Izmir Resurrection Church, has less than fifty members. On October 7, 2016, the couple answered to a summons from the local police station. They were detained upon arrival, starting a grueling journey through Turkish bureaucracy and the criminal system, in which habeas corpus, human rights, and innocent-until-proven-guilty are little more than nuisances to be discarded at will.

The Erdogan government is exploiting the widespread fear that all Christians are—and all converts have become—traitors to their county. Thus Christians, convert or not, are inherently dangerous to the nation.

Jesus is returning soon.  My testimony video is here: