Islamic God Afraid Jesus Is the Son of God

Islamic God Afraid Jesus Is the Son of God

Jesus Was the Humble Man from Galilee 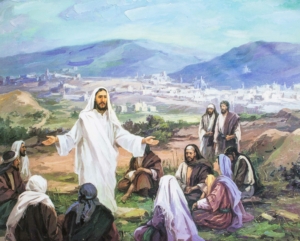 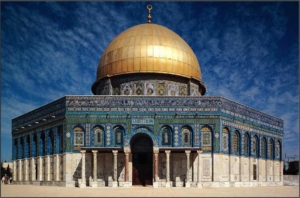 In the Islamic Koran it says the God of the Universe, Allah, has complete and unlimited power, has created the entire universe, created all humans and angels only for the sole purpose only to worship Allah, and Allah can see all events far into the future. Allah can do anything and has no limits. So why did Allah apparently make a mistake and create the Humble Man from Galilee—who has so worried Allah for some 2,000 years?

The Islamic God of the Universe also seems to worry a lot about being worshipped. Actually Allah worries far too much about being worshipped. The Bible does tell us about another entity–that is not God–that is desperate for worship. We’ll cover that a bit later. In contrast, the Bible says God loves us with an everlasting love.

Koran 51: 56-57 “And I did not create the angels and mankind except to worship Me. I do not want from them any provision, nor do I want them to feed Me.”

Jeremiah 31:3 (NIV) “I have loved you with an everlasting love; I have drawn you with unfailing kindness.”

Koran 17:111 “And say, All praise is for Allah, who has never had any son or offspring; nor does He have a partner in governing the kingdom; nor is He pathetic, needing a protector. And revere Him immensely.”

Koran 4:155-157 They were condemned for breaking their covenant, rejecting Allah’s signs, killing the prophets unjustly, and for saying, “Our hearts are unreceptive!”—it is Allah who has sealed their hearts for their disbelief, so they do not believe except for a few—and for their denial and outrageous accusation against Mary, and for boasting, “We killed the Messiah, Jesus, son of Mary, the messenger of Allah.” But they neither killed nor crucified him—it was only made to appear so. Even those who argue for this crucifixion are in doubt. They have no knowledge whatsoever—only making assumptions. They certainly did not kill him.

1 John 3:1-3 (NIV) See what great love the Father has lavished on us, that we should be called children of God! And that is what we are! The reason the world does not know us is that it did not know him. Dear friends, now we are children of God, and what we will be has not yet been made known. But we know that when Christ appears, we shall be like him, for we shall see him as he is. All who have this hope in him purify themselves, just as he is pure.

For some reason the Koran mentions the Humble Man from Galilee’s name more than 25 times. He is called Jesus. Only the name of Jesus is written. The Koran does not mention Buddha, Confucius or Scientology, for example. Since the Koran was completed around the year 650, Jesus would have been dead for more than 600 years at that time. Why mention a humble man’s name who has been dead more than 600 years? Why write about him so many times?

The Islamic God of the Universe has two shrines on the Temple Mount in Jerusalem. They are called the Dome of the Rock and the Al-Aqsa Mosque. The Dome of the Rock sits atop the true God’s Holy Mountain, Mount Moriah. It was built during 687-691. The Al-Aqsa Mosque sits on the southern wing of the Temple Mount and was finally completed in the year 706. By the way, these buildings and dates are of great prophetic importance in the Bible.

The writings on the Dome of the Rock were placed on it some 600 years after the humble man died. Why would the God of the Universe, Allah, be so worried about this man. Why would the Islamic God of the Universe be forced to write several dozen derogatory slogans about Jesus like these listed below outside and inside the Dome of the Rock?  Why say it over and over again?  Could it be Jesus is alive?  Could it be Jesus IS God’s Son?

“In the name of Allah, the Merciful the Compassionate. There is no god but Allah. He is One. He has no associate.”

“Far be it removed from His transcendent majesty that He should have a son.”

“Allah, who hath not taken unto Himself a son, and who hath no partner in the Sovereignty, nor hath He any protecting friend through dependence. And magnify Him with all magnificence.”

“Nor say anything but the truth about Allah. The Messiah Jesus son of Mary, was only Allah’s messenger, His word that He committed to Mary, and a spirit proceeding from Him. So believe in Allah and His messengers. Do not say ‘three’. Refrain, it is better for you. For Allah is one god.

“There is no god but Allah alone, without partner. Say: Allah is God, One.”

“There is no god but Allah alone, without partner. Mohammad is Allah’s messenger, may Allah bless him. There built this dome the servant of Allah.”

John 14:9 (NIV) Jesus answered: “Don’t you know me, Philip, even after I have been among you such a long time? Anyone who has seen me has seen the Father. How can you say, ‘Show us the Father’?

If I was the creator of the universe and this person bothered me so much, I would go back in time and make sure he was never born. After all, since Jesus had no children, there would be no future descendents to worry about. For example, one of his children might have been a doctor, or president of the USA. But the Humble Man from Galilee had no children. So we don’t have to worry about a future great person. In fact, if I were the Islamic God of the universe, I would also eliminate the mother of the Humble Man from Galilee before she was born as well.

As mentioned earlier, the Bible does tell us about another spiritual entity–that is not God–who is desperate for worship. Especially for Jesus to worship him. This spiritual entity also lies.

Matthew 4: 8-11 (NIV) Again, the devil took him to a very high mountain and showed him all the kingdoms of the world and their splendor. “All this I will give you,” he said, “if you will bow down and worship me.” Jesus said to him, “Away from me, Satan! For it is written: ‘Worship the Lord your God, and serve him only.’” Then the devil left him, and angels came and attended him.

John 8:44 (NIV) 44 Jesus said: “You belong to your father, the devil, and you want to carry out your father’s desires. He was a murderer from the beginning, not holding to the truth, for there is no truth in him. When he lies, he speaks his native language, for he is a liar and the father of lies.”

Isaiah 14:12-15 (NIV) How you have fallen from heaven, morning star, son of the dawn! You have been cast down to the earth, you who once laid low the nations! You said in your heart, I will ascend to the heavens; I will raise my throne above the stars of God; I will sit enthroned on the mount of assembly, on the utmost heights of Mount Zaphon. I will ascend above the tops of the clouds; I will make myself like the Most High.” But you are brought down to the realm of the dead, to the depths of the pit.

This sounds a lot like what Allah wrote in the Koran–probably how Allah wished things might have been:

Koran 19:30-36 Jesus declared, “I am truly a servant of Allah. He has destined me to be given the Scripture and to be a prophet. He has made me a blessing wherever I go, and bid me to establish prayer and give alms-tax as long as I live, and to be kind to my mother. He has not made me arrogant or defiant. Peace be upon me the day I was born, the day I die, and the day I will be raised back to life!” That is Jesus, son of Mary. And this is a word of truth, about which they dispute. It is not for Allah to take a son! Glory be to him. When he decrees a matter, He simply tells it, “Be!” And it is! Jesus also declared, “Surely Allah is my Lord and your Lord, so worship Him alone. This is the Straight Path.”

Why does the Islamic Allah of the Koran constantly demand worship, while Jesus simply allows those to worship him out of love, and call him God out of belief?

John 20:24-29 (NIV) Now Thomas (also known as Didymus), one of the Twelve, was not with the disciples when Jesus came. So the other disciples told him, “We have seen the Lord!” But he said to them, “Unless I see the nail marks in his hands and put my finger where the nails were, and put my hand into his side, I will not believe.”

A week later his disciples were in the house again, and Thomas was with them. Though the doors were locked, Jesus came and stood among them and said, “Peace be with you!” Then he said to Thomas, “Put your finger here; see my hands. Reach out your hand and put it into my side. Stop doubting and believe.”

Thomas said to him, “My Lord and my God!” Then Jesus told him, “Because you have seen me, you have believed; blessed are those who have not seen and yet have believed.”

The Islamic Allah is very worried about the day he meets Jesus. He is angry and knows his time is short and it will not end well for him.

Revelation 12:12 (NIV) Therefore rejoice, you heavens and you who dwell in them! But woe to the earth and the sea, because the devil has gone down to you! He is filled with fury, because he knows that his time is short.”

Revelation 20:10 (NIV) And the devil, who deceived them, was thrown into the lake of burning sulfur, where the beast and the false prophet had been thrown. They will be tormented day and night for ever and ever.