The True God Is Always Everywhere–Not in Just in Mecca

Giza pyramids face Mecca.  So does the Osiris Temple at Luxor Egypt.  Jesus tells us the demonic world has a great city, in the desert wilderness on seven mountains, as its central location.  Thousands of mosques, ancient temples, hundreds of stone circles, and the pyramids face Mecca.  The temples are oriented towards the harlot city which in Revelation 18:2, Jesus says is “a haunt for every impure spirit.”  The “Prince of Demons” head spirit of Mecca cannot be the true God.  Listen to the warnings from Jesus.  The time is now short.

Jesus warns us repeatedly to not worship Baal the Beast.  The warnings are both in the Old Testament and New Testament.

Giza pyramids face Mecca.  And Allah also takes away the Lord’s Supper.  In the middle of the seven he caused the oblation and sacrifice to cease.  Listen to Jesus.

The pyramids show the same orientation.  Egyptologists have paid little attention to the fact that the long (pointed) edge of the pyramid points exactly to the midpoint of the four cardinal directions. Thus, the midpoint of all the pyramids at Giza points to 135° southeast.  This is the exact qibla (135 degrees) of prayer direction from Giza in Egypt to Mecca.  The angle towards Mecca is perfect with zero degree of error for the three large pyramids and the three small pyramids at Giza.

The full article on how ancient temples face Mecca is here:

The dragon tells lies so that the beast can be worshiped.  Jesus said (Revelation 22:18-19) that words would be added and words would be taken away.  Revelation was given in 95 AD.  Just some 525 years later (610-632) the twin warnings of Jesus came to pass in the Qur’an.  The Qur’an adds the specific words that give the revelation plagues, and the Qur’an takes away the atoning sacrifice of Jesus Christ, the Son of God, and our mediator.  No other religious book does both. 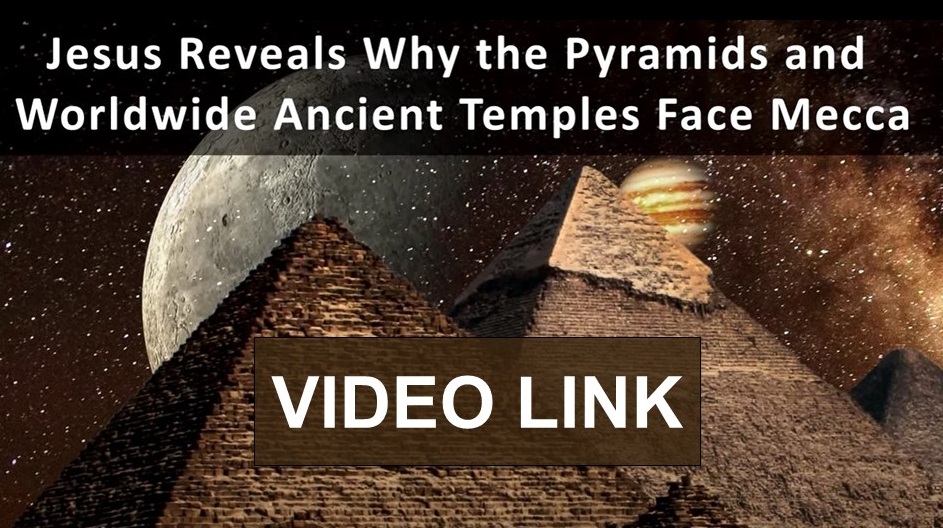 The Karnak Temple was built by the Egyptians in several episodes of construction and enlargement from about 2055 BC and onward.  It was originally surrounded by the famous city of Thebes, which was completely sacked in 667 BC by the Assyrian ruler Ashurbanipal. The major purpose of the temple complex at Luxor was to honor the god Amon-Re.  Amon, was the Egyptian deity who was revered as “king of the gods” (i.e., Baal the “Prince of Demons”).  The main function of the temple was to pray to this god.