He hides Jesus Christ Images as He Converts the Hagia Sophia Church into a Mosque.

Erdogan fears Jesus Christ image.  How do we know that?  Fearing the image of Jesus Christ, Erdogan ordered the images of Jesus covered inside the Hagia Sophia church during Islamic prayer directed to the image of the beast, the Kaaba, in Mecca.Turkish President Erdogan has rejected worldwide condemnation over his decision to change the status of Istanbul’s landmark Hagia Sophia Church from a museum to a mosque.

The Hagia Sophia is a place of worship in Istanbul (Constantinople) that served as a Greek Orthodox Christian patriarchal cathedral for over 900 years (537-1453) until overrun by Islamic forces.

The Hagia Sophia church was dedicated to the “Wisdom of God”, the Logos (“Word”), the second person of the Trinity, Jesus Christ-the Son of God. 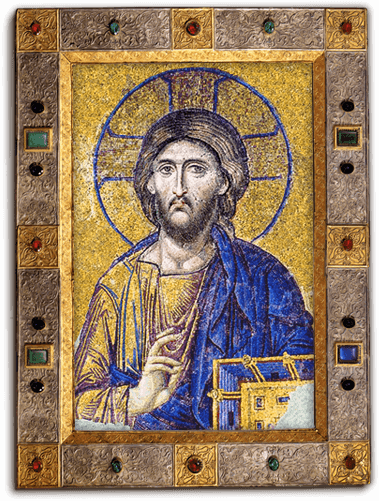 The naming of the Hagia Sophia church is based on the first three verses of John, Chapter 1. 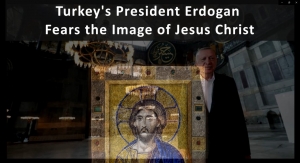 After the false doctrine was given to Mohammad by the demonic spirit (BAAL), Islam began to rapidly spread. The Ottoman Islamic forces conquered most of Asia Minor. In 1453, Mehmed the Conqueror [“Mehmed” is the Turkish form of the Arabic name Mohammad] ordered the cathedral’s conversion into a mosque.

The Hagia Sophia bells, altar, iconostasis, and baptistery were removed and destroyed. The mosaics depicting Jesus, his mother Mary, and angels were eventually destroyed or plastered over.