Egypt’s Alexandria Library Was the Greatest In the World

The Bible Said He Would Control “All the Riches of Egypt”

The Library of Alexandria was founded in the 3rd century BC, shortly after the founding of the city as a new capital of Egypt by Alexander the Great. It is considered one of the greatest accomplishments in the legacy of ancient Alexandria since the library and the Mouseion, the larger institution of learning of which the library was a part, are credited with preserving most of the knowledge of the ancient world.  It was the single greatest accumulation of human knowledge in history, likely established under Ptolemy II Philadelphus.

It was one of the greatest riches of Egypt, yet it was destroyed by Umar who considered all the books worthless compared to the Qur’an.  Although it had several fires, dating all the way back to Julius Caesar, it was Umar that destroyed the valuable works.

UMAR GAVE THE ORDER TO BURN THE ALEXANDRIA LIBRARY

“Then one day Yaḥyā said: “You have control of everything in Alexandria and have seized all sorts of things in it.” “Anything which is of use to you I will not object to, but anything which is not useful to you we have a priority over you.”  “What do you want of them? 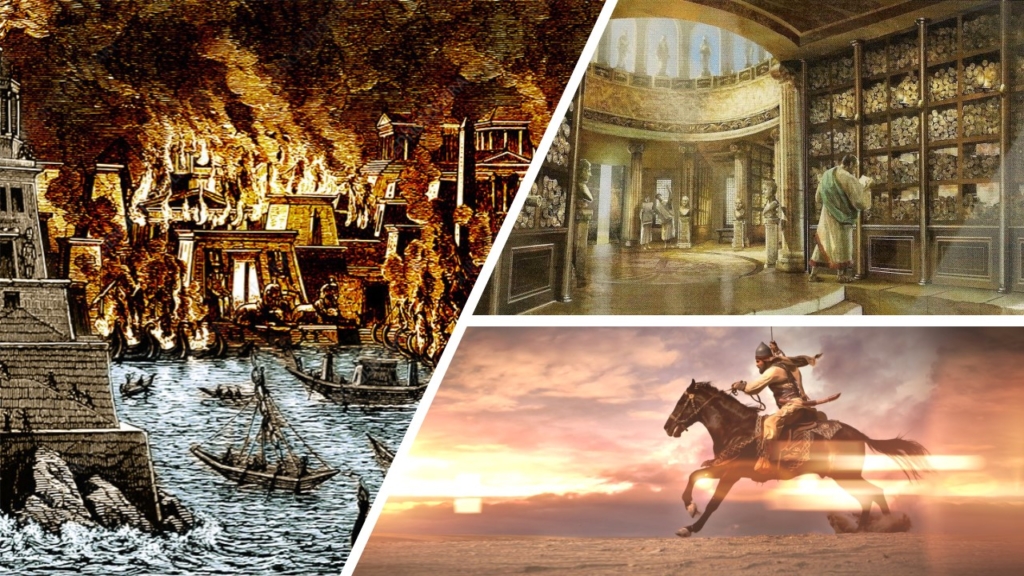 Umar burned the Alexandria library.  Revelation (chapter 6) warns us of a coming rider on a black horse with a pair of scales to tax the world he conquers.  The prophet Daniel in chapter 11:36 tells us that a “king will do as he pleases.”  These Bible prophecies, and many others, are about Umar, one of the most important caliphs to follow Mohammad.  Daniel tells us this king will conquer Egypt and control its riches.  Umar did all these things and much more.  Nothing was more valuable in Egypt than the Alexandria Library.  New research shows it was Umar, the Revelation rider on the black horse, that burned the Alexandria Library to the ground and destroyed perhaps some 400,000 priceless manuscripts.

The link to the research article is here:

Always Trust the Bible!!
Careful study shows Umar is the rider on the black horse with a pair of scales in Revelation chapter 6. (Rev 6:5-6 describes Umar’s actions)  The scales in his hands are to measure the new Islamic taxes Umar instituted.  Just like the Bible said some 550 years before it happened, Umar did not tax oil and wine.  In Revelation chapter 6,  Mohammad is the rider on the white horse, Abu Bakr on the red horse, Umar on the black horse and Uthman on the pale green horse.

Umar is also given in prophecy in the last ten verses of Daniel chapter 11:36-45.  Umar conquered Egypt, as well as the Libyans and Cushites.  Umar invaded the “beautiful land” (Jerusalem).  One of the greatest riches in Egypt was the Alexandria Library.  Under Umar’s direct orders in 642 AD it was burnt to the ground.  The estimated 400,000 manuscript fueled bathhouse fires for six months.  In addition to this, Umar fulfilled all the other prophecies of Daniel 11:36-45.

Revelation 6:5-6 (NIV)
5 When the Lamb opened the third seal, I heard the third living creature say, “Come!” I looked, and there before me was a black horse! Its rider was holding a pair of scales in his hand. 6 Then I heard what sounded like a voice among the four living creatures, saying, “Two pounds of wheat for a day’s wages, and six pounds of barley for a day’s wages, and do not damage the oil and the wine!”

Daniel 11:42-43
42 He will extend his power over many countries; Egypt will not escape. 43 He will gain control of the treasures of gold and silver and all the riches of Egypt, with the Libyans and Cushites in submission.

JESUS TELLS US HOW TO IDENTIFY THE FOUR HORSEMEN OF REVELATION 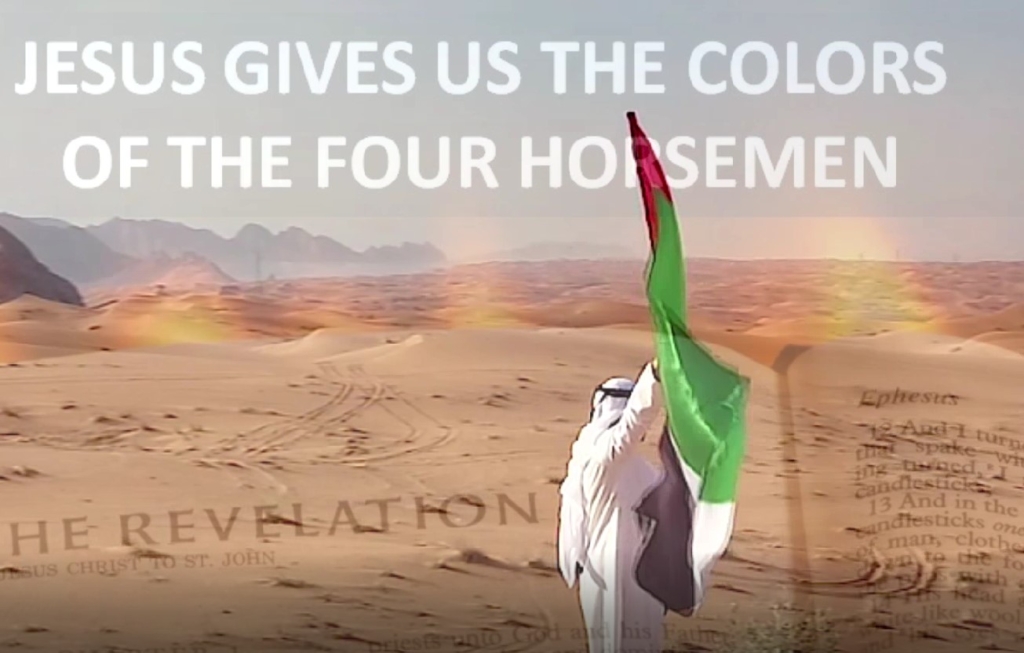 Jesus said a false Revelation would come into the world.  Jesus said this some 550 years before the Qur’an was given to Mohammad.

Revelation 22:18 (NIV)
I warn everyone who hears the words of the prophecy of this scroll: If anyone adds anything to them, God will add to that person the plagues described in this scroll.

Revelation 22:19 (NIV)
And if anyone takes words away from this scroll of prophecy, God will take away from that person any share in the tree of life and in the Holy City, which are described in this scroll.

Jesus is returning soon.  The Book of Revelation is directly from Jesus Christ.  It is the most important book in the Bible for the world today.

The truth is Jesus is the Son of God, died for our sins, and is the only path to the Father and eternal life.

Jesus is returning soon.  Put your trust in Jesus Christ.  His words are always true.

The Old Testament, written hundreds of years before Jesus’ birth, contains at least 351 prophecies that Jesus fulfilled through His life, death and resurrection.  Mathematically speaking, the odds are staggering of anyone fulfilling a small amount of prophecy.  Fulfilling just 8 is impossible!

Jesus gives seven sure signs you are living in the last days.

THE TRUTH OF JESUS FOR MUSLIMS