Listen to Warnings from Jesus

Jesus gives 343 warnings about Islam.  Jesus has revealed the true meaning of hundreds of hidden Daniel and Revelation prophecies.  Many books and movies have been written and produced about the end times.  But most have little, if any, prophetic fulfillment.  They are from man’s interpretations, not Jesus.  Yet the Bible is perfectly accurate.

Jesus warned us there would be false prophets. Too many Bible prophecy experts have never read the Qur’an. They do not know what the Shahada is, nor do they know why the Kaaba Blackstone is so important to Muslims. People are often told the False Prophet of Revelation is a future “antichrist.” They have been taught the False Prophet will lead an end-times war and rebellion occurring during the Day of the Lord–when the final trumpet sounds and Jesus Christ returns. However, there is nothing in Revelation that says the False Prophet leads any such battle. In fact, Revelation does not say the False Prophet is even alive at the end-times. An antichrist is anyone who opposes Jesus as the Son of God (1 John 2:22-23), or in the flesh (1 John 4:2-3). Therefore Allah cannot say “Jesus” and instead calls him “Isa.” The ultimate antichrist team is the dragon and the beast, Satan and Baal. Jesus has revealed the truth with 343 warnings.

BIBLE PROPHECIES FULFILLED BY ISLAM, BAAL, THE QUR’AN, OR MOHAMMAD 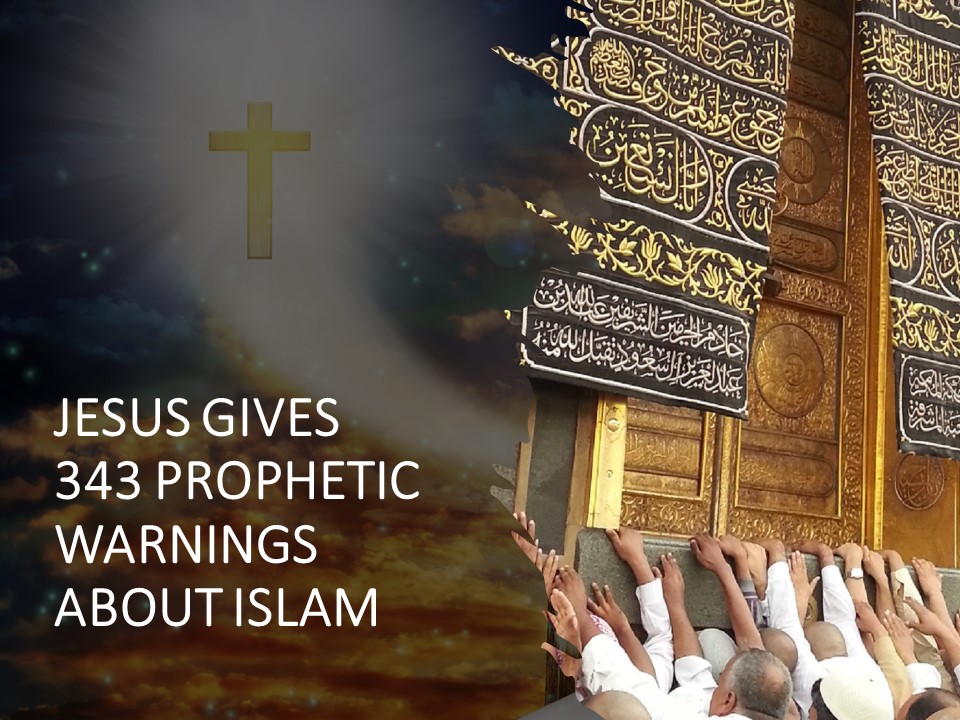 The Bible says both Revelation and Daniel tell us clearly the books cannot be interpreted by man.  Jesus gives 343 warnings about Islam.  They can only be revealed by Jesus Christ himself.  Jesus has revealed the meaning of the prophetic warnings in the last days.  Jesus is warning to turn from Islam and receive his eternal Gospel.

Daniel 8:27 (NASB)
“but I was astounded at the vision, and there was no one to explain it.”

Daniel 12:9 (NASB)
And he said, “Go your way, Daniel, for these words will be kept secret and sealed up until the end time.”

Link to full article is below:

John 5:24-27 (NIV)
24 “Very truly I tell you, whoever hears my word and believes him who sent me has eternal life and will not be judged but has crossed over from death to life. 25 Very truly I tell you, a time is coming and has now come when the dead will hear the voice of the Son of God and those who hear will live. 26 For as the Father has life in himself, so he has granted the Son also to have life in himself. 27 And he has given him authority to judge because he is the Son of Man.”