Daniel Prophecy Umar Islam caliph Is fulfilled today. Daniel prophecy was about Umar the Islamic caliph and Umar was also one of the Revelation Four Horsemen. Umar was the rider on the black horse and carried a pair of scales. Umar defeated three kings, invaded Israel, and changed taxes, times and laws.  Just as Daniel said. 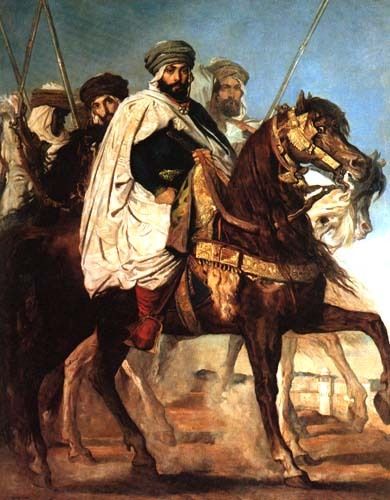 in the Bible the prophet Daniel gives many detailed prophecies about a conquering king who will oppress the holy people.  Daniel tells us this king will defeat three other kings, invade Israel, and also change the times and laws.

Many prophecy experts believe this king is in the future.  But when you understand much Bible prophecy is a warning about the false doctrine of Islam, it is easier to understand many prophecies.  Umar was the Islamic king Daniel saw in his vision.  Umar was the second Islamic caliph ruling after Mohammad’s death.  Daniel gives a total of 31 detailed prophecies about this evil king.  Umar fulfilled all 31 prophecies.  No one else in history has done this.

The final prophecy about Umar was just as dramatic and accurate.  In 644 Umar was at the height of his power having conquered most of the Middle East.  He had a very large army along with many bodyguards and travel to Medina.

Umar led the prayers at the front of the Mosque in Medina.  Everyone was watching Umar.  While praying to Allah Umar was attacked by his Persian slave and not a single person rose to help him and stop the attack.  Umar was stabbed six times and yet no one stopped the attacker.

Islamic tradition says the worshipers were too horrified to do anything.  All they could do was watch.  Umar died two days later just as Daniel foretold.  Umar fulfilled all 31 prophecies of Daniel.

Article about Umar and Daniel Prophecy is here:

Article about Four Horsemen of Revelation is here: